Rajma, also known as kidney bean (Scientific: Phaseolus Vulgaris), is a popular legume in India. It is highly nutritious and offers many health benefits. 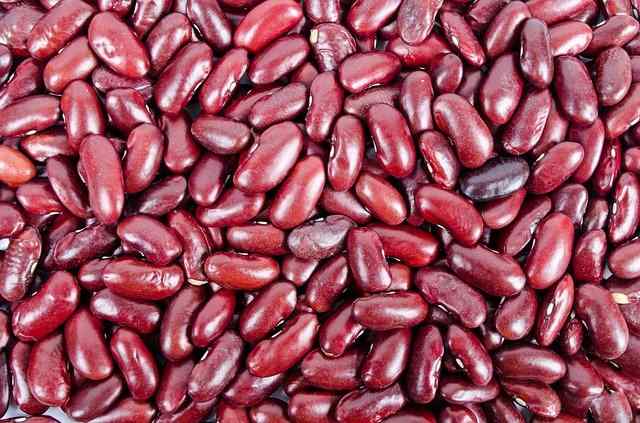 Rajma is a rich source of fiber, protein, vitamin C, and minerals.

Rajma has a very low glycemic index of 25. Hence, it will not raise your blood glucose levels quickly (2).

Also, rajma is very high in fiber. Research shows that high-fiber foods are linked with a lower risk of type 2 diabetes and heart diseases (3).

According to the American Institute of Cancer Research (AICR), dry beans such as kidney beans and black beans may help fight cancer (5).

All beans, including rajma, are a good source of antioxidants such as polyphenols (6). These antioxidants could lower the risk of cancers (7).

Moreover, studies have found that consumption of common beans is associated with a reduced risk of cancer, diabetes, and heart diseases (8).

Additionally, fiber and protein in rajma might keep you full for longer and help in weight loss (9).

Zinc is an essential mineral for our immune function (10). Rajma contains a significant amount of zinc, which could help improve your immunity.

Rajma is a rich source of active components, such as steroids and flavonoids.

Research says these components in rajma possess anti-inflammatory and analgesic properties. They work similarly to standard drugs, such as aspirin and diclofenac (11).

Therefore, rajma is an excellent remedy to relieve pain naturally.

Side Effects Of Raw Rajma

Raw rajma contains a toxic substance called haemagglutinin. It can not kill you but can cause nausea, vomiting, and diarrhea (12, 13).

FDA recommends 5 hours of soaking and then boiling at 100° C for 10 mins to remove the toxin completely.

Also, cooking at lower temperatures such as 80° C is not recommended as it increases the toxicity (14).

© healthyday.net All rights reserved. All information and data provided on this website are for informational purposes only.